The Road To Cheltenham 2023

I’d be keeping a very close eye on jazzy matty for the Fred winter. He was beaten six lengths on debut by that jp horse who then finished a very good third in the Fairyhouse grade one.

Jazzy Matty was absolutely murdered three out and pulled hard enough. He was switched in and out too but still got up the navan home straight to be beaten 6 lengths.

Now that jp horse had a lot of flat experience. I’d be amazed if jazzy wasn’t able to turn tables with him.

He’s by a sire who I really like in doctor Dino. His horses tend to improve with age.

He’d one run in France where he was absolutely murdered as well and was well beaten but I’d say they’d have paid a lot for him. A maiden win on Wednesday would have him qualified.

Jazzy matty was clearly not off yesterday. Didn’t want to get anywhere near blood destiny. I spotted Aramax and veneer of charm Gordon’s last two winners of the Fred winter both were beaten in this race also.

I took the 20s and will put it in a lot of multiples too.

Neither allegorie de vassey or impervious are entered in the novice grade ones.

Yeah. Further proof why that mares chase is an abomination of an addition. 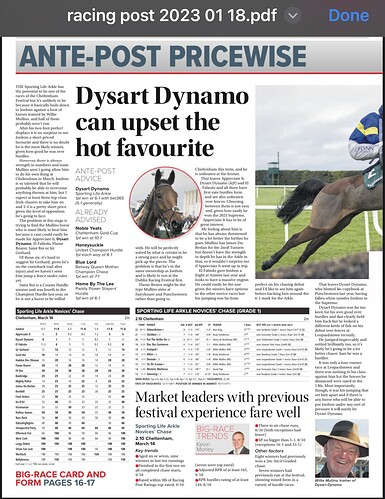 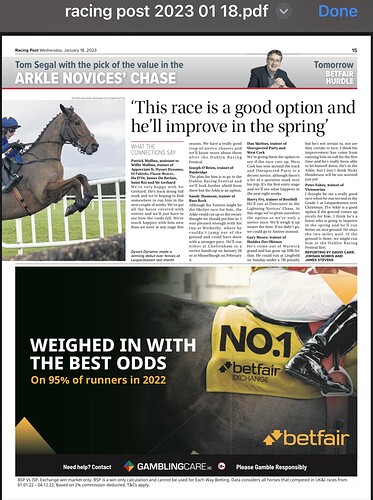 Showing you more how bookmaking has gone more than racing. 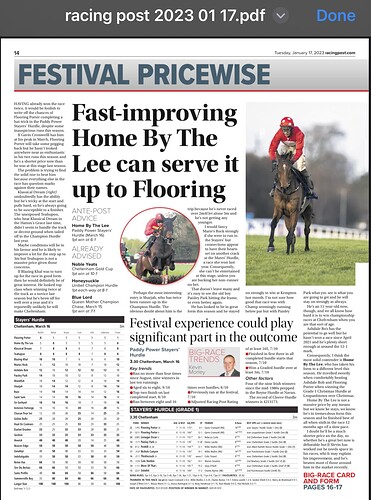 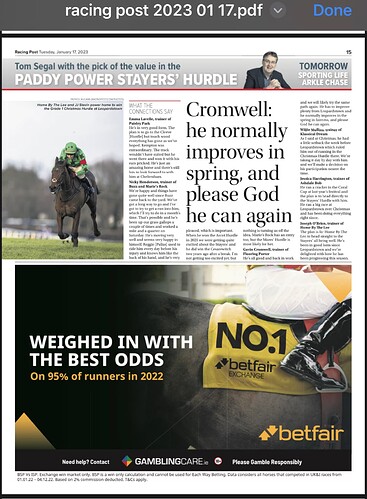 Its both to be fair.

Flooring Porter a major doubt for the festival. 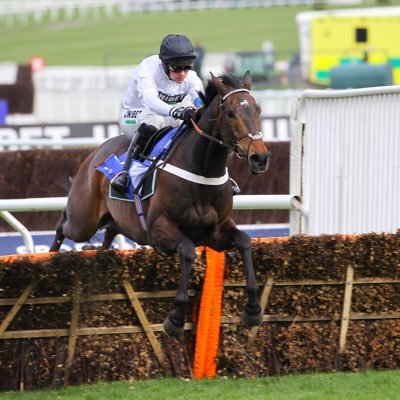 @ryanOTHx
Current list of qualified runners for the National Hunt Chase Time running out for Amirite, Gerri Colombe and Ramillies to qualify especially because if they go DRF they won’t qualify for Cheltenham. https://t.co/hbMip1mTg9 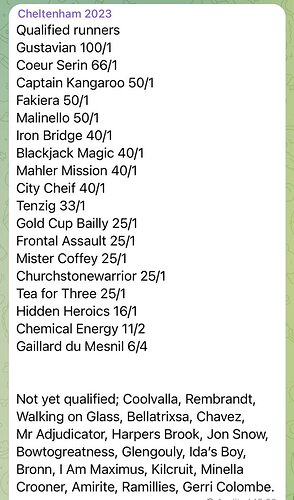 Gordon suggesting Irish point will head for the supreme.

I’d be keeping my options for a while yet. Which he obviously isn’t

I’d love to skull a few pints with him